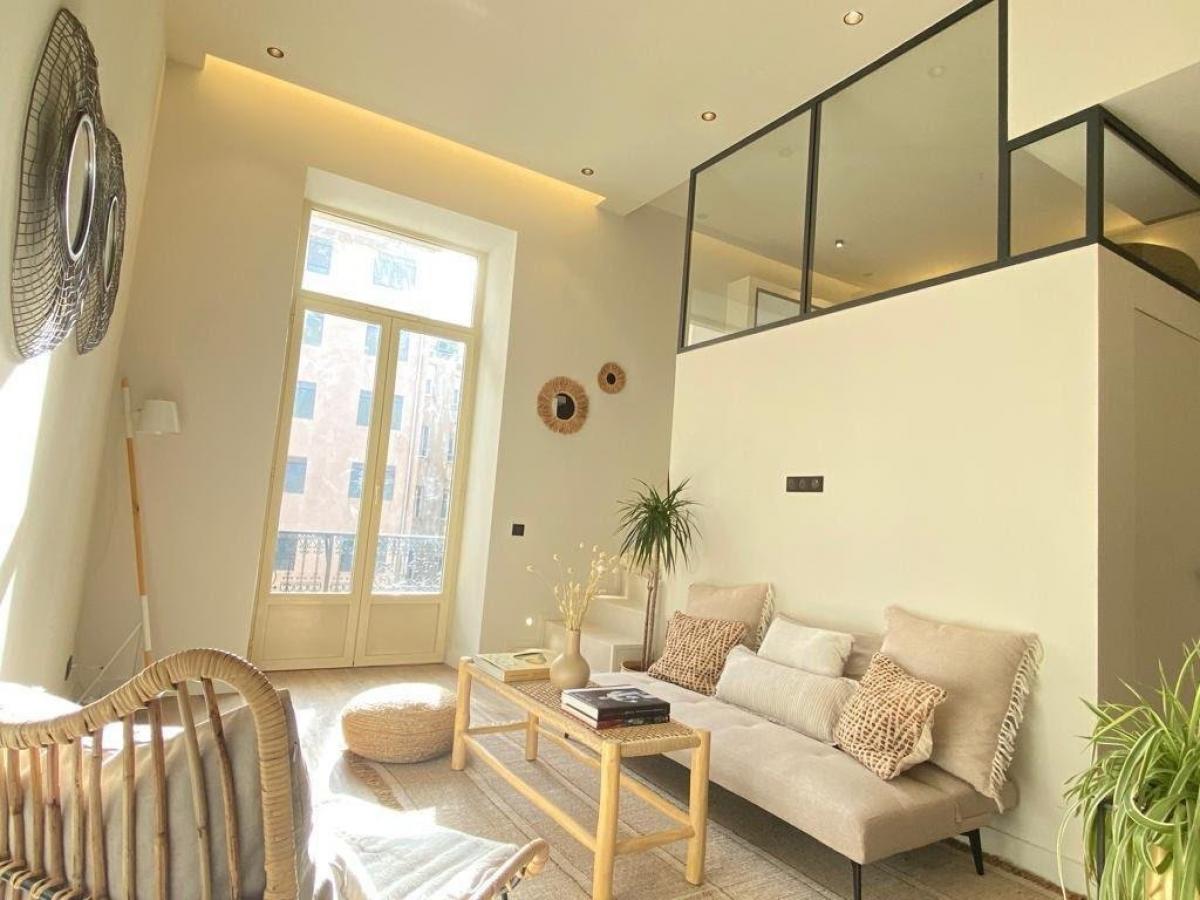 Beautiful 2/3 room apartment with Mezzanine, completely renovated, pretty apartment of 44m2, on the ground floor an area of ​​32m2, with a living room, open kitchen, bedroom and bathroom and a mezzanine bedroom. Very nice amenities, air-conditioned.

The Carré d'Or (Golden Square) is delimited on the East by Rue Maccarani, on the North by Boulevard Victor Hugo and on the West by Boulevard Gambetta. Its Southern side, from Rue de France to the Promenade des Anglais, with its network of pedestrian streets, makes it the most animated and touristic perimeter. From Boulevard Victor Hugo to Rue de la Liberté, the atmosphere has changed in a few years. The Alphonse Karr and Longchamp streets became a luxurious and high-end brand shopping paradise. This lively area encrusted with green spaces is also a residential and bourgeois place offering along Rue Maréchal Foch and Rue de la Buffa some elegant buildings of the end of the 19th century. A very charming area, the Carré d'Or, with its multiple facets, seduces foreigners for its proximity with the sea, young working people and retirees who can do everything on foot. It remains ideal for those who favour a very urban way of life, looking for animation and the convenience of the hyper centre.
Far more peaceful and financially affordable, the Musician Area on the North has always been a favourite with retirees and those who want to live near the centre without having to be subject to its nuisance. From Place Mozart to Boulevard Gambetta, beautiful bourgeois buildings cohabitate with Art Deco or Haussmannian. The convenience stores developed there while preserving a residential living conditions and a soft rhythm of life. The proximity of the train station is also an advantage for people who work out of town or those who come here on holidays.