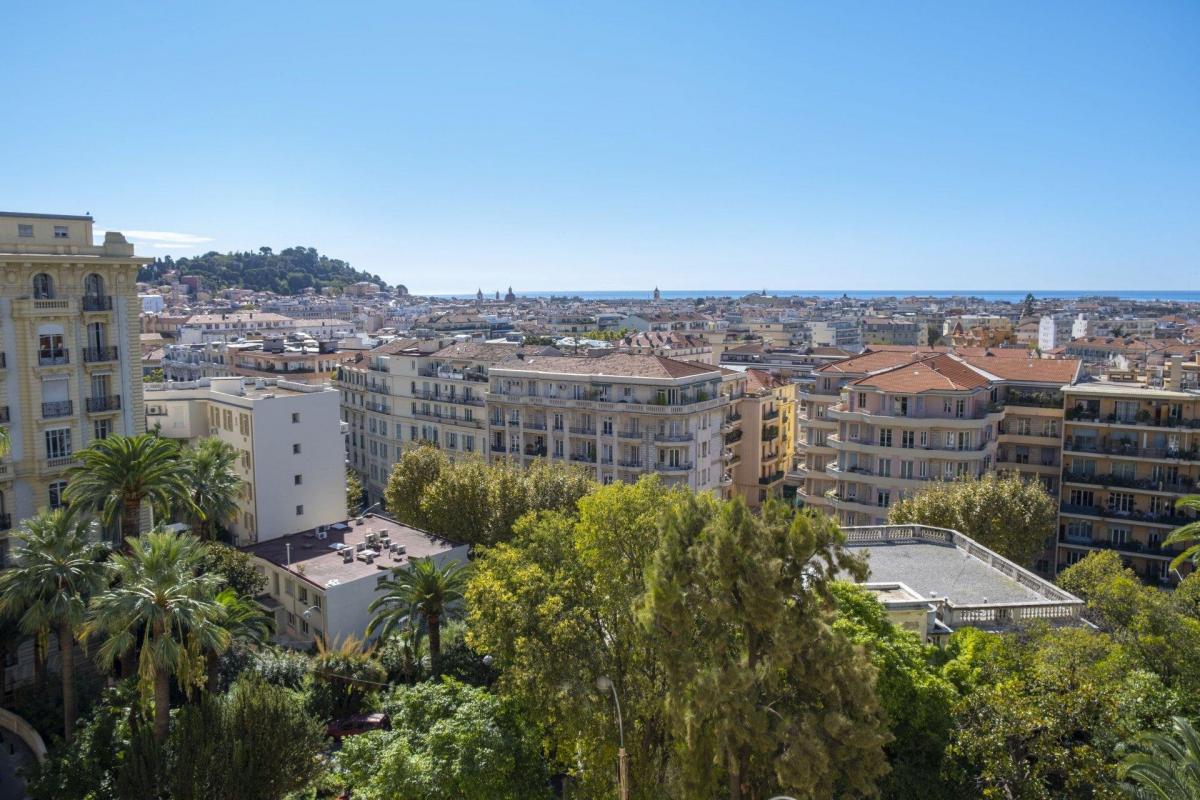 we offer you this vast 125m2 apartment with refined charm and a magical city and sea view!

The apartment is perfectly located at the foot of Cimiez, a few steps from shops and restaurants.

With Mont Boron, it is the other Niçoise hill that has known the golden age of holiday-making. On this strategic promontory open to the city on the four cardinal points, everything seems to be only "luxury, calm and sensuality". Queen Victoria was one on the first monarchs to stay there, having the sumptuous "Régina Palace" built, now listed and divided into luxurious flats. The European artistocracy, then the prominent Niçois elected domicile there, allowing architects to play with the classical side and creating custom-made "folies". With its archaeological site, its arena, the Matisse Museum, the Chagall Museum and the Music Conservatoire of Nice, the Cimiez hill is an exceptional cultural and heritage area harbouring, near the urban heart, a providential haven of peace and greenery.