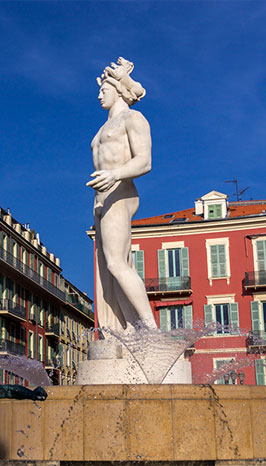 The Alur law was published at the Official Journal on March 26, 2014. It takes the official name of law n° 2014-366 of March 24, 2014, for the access to housing and renovated urbanism. The Alur law on real estate institutes important changes for the tenants and the landlords.

Now to be able to clear the right to back out in case of a commitment to sell or the cooling-off period regarding an authentic deed of sale that will not have been preceded by a commitment, are given to the purchaser as latest on the day of completion of the commitment, the following documents and information* :

- The condominium by-laws and descriptive schedule as well as the deeds modifying them, if they were published.

- The minutes of the general meetings of the last three years, if the selling co-owner has them.

- Any documents regarding the financial situation of the condominium and the selling co-owner, specifically :

The means of service of the attached documents to the commitment to sell a condominium lot are simplified in particular with the order of August 27, 2015, which, in addition to some simplification regarding the documents to be delivered, now authorizes the replacement of the attachment of the many documents by their delivery prior to the completion of the deed, including in their dematerialized form if the purchaser agrees.

When the documents are given prior to the execution, one should pay attention to mention this delivery in the deed, running the risk of not having the cooling-off period start immediately.

Extension of the period to back-out / cooling-off period

Among the many modifications brought by the Macron law, we will remember that the law maker chose to extend from 7 to 10 days the right to back-out and the cooling-off period provided by article L 271-1 of the Construction and Housing Code (Law 2015-990 of 6-8-2015 art. 201, II). The change shows a wish to get closer to this cooling-off period of 14 days applicable in case on consumers' law.